I received a phone call at 5pm today from Keith Wilson from Trelusback Farm, Penhalvean, nr Stithians, to say he had a small duck with a white cheek patch on his lake, and did I know what it could be?. I replied, it could be a Bufflehead I'll be right over!!! Kate and I jumped into the car and went to have a look, and sure enough it was as I suspected a Bufflehead, probably the loe pool bird as it was in the same juv/female plumage. As it was on a small lake, views were down to about 20-30 metres and as it was associating with Tufted Ducks size comparisons could be made.
Posted by Birds in Cornwall at 12:43 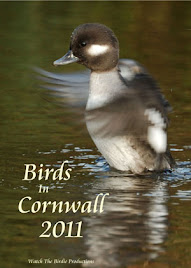 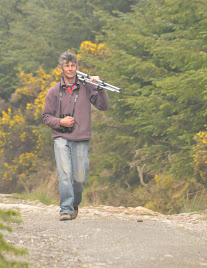